skip to main | skip to sidebar

something is wrong, very wrong - I

There must be something wrong with me. That's the only conclusion I am able to reach after today. Otherwise, why can't I please or love the ones I love most. What mountain of despair drove my mother to tell me this morning that I was 'worse than my father'. The man who thinks I am a disappointment, the man who wouldn't talk to me or her six months each year because of something we said or did that he didn't like, the man who ruined my college years and put a halt to the one thing in life I really wanted: an education, the man who fulfilled his basic responsibility of food, clothing and shelter but didn't acknowledge much beyond that, the man who appears to be such an 'impressive' character to the rest of the world but has a different set of rules for his family. I could go on. My mother's life has never been easy, but it's been nothing short of living hell these past 8 years. Mine hasn't been much easier either. My husband's latent mental illness has been resurfacing so much more frequently and has taken a toll on my family more than I care to admit. I am working a satisfying but rather tough job to make ends meet and to keep my nine-year-old son happy and healthy. I am trying to support my mother the best I can given that my father refuses to acknowledge my presence on earth except to berate me or to berate my mother. I have had a near breakdown and finally feel like I am hanging on to the last shreds of my sanity only because I am genetically programmed to be 'responsible' and 'practical' and I have a responsibility to my son.

I am not an easy person. I am not infinitely patient like my mother, not easygoing and smiling, not lighthearted, not... well, I'm not a hundred nice things. But I do care about the people I love. My mother says I'm not 'loving' but I am 'caring'. I don't know what the distinction is - perhaps she's right - I don't know how to love.

But I try - she has to grant me that. I try very hard, that is my husband's accusation. I am living in close proximity to that man who is my father and possibly hates every cell of my being. I live with a husband who is not only mentally unstable, but has kept up a volley of mental and emotional abuse for years now. My mother is physiologically incapable of getting angry. She is soft-hearted, infinitely loving and forgiving, has the patience of Mother Earth (the last my father's own confession, in a moment of clarity that he would rather forget). She's everything I'm not. I love her and admire here and am grateful to her for everything she has done for me. I have said it to her and anyone who will care to listen that I owe her everything I have today. Yes, I have my faults - there are plenty. But she is my mother, shouldn't she know when I'm just annoyed as opposed to specifically being angry with her? Shouldn't she know, after nearly 38 years, that this is who I am. That I love her dearly and would never knowingly hurt her. I have inherited my short temper from my father, which is more of bubbling over of stress than anything else - not his type of 'let-me-teach-you-a-lesson-by pretending-you-don't-exist-and-making-you-beg-for-anything-more-than-food-shelter-and-clothing'. But I really need to know what I have ever done to be told that I was 'worse' than my father. Worse than my father? Worse than the man who made my life a nightmare for years? Worse than the man without a spine in front of his parents and siblings? Worse than the man who's been torturing her for years?
How can I be worse than him? How?
And if I am, then I deserve to die. Because I know what such people can do to those around them. And I am the one causing that type of hurt, misery, despair, fear, dread, hatred and every negative thing you can dream of, then I deserve to die.
Posted by A Lost Writer at 11:04 PM No comments:


This year, I'm ashamed to say, I welcomed Ganesha to my home with the bare minimum of joy. Given everything that has been going on in my life - a rollercoaster ride to say the least - I was just about ready to give up and consign myself to everlasting depression this morning. This was only the third year that we've had Ganesha come home. And not knowing the rituals that are supposed to be performed, I was tense - torn between making an effort and feeling rather hateful toward the spouse, whose parents had commenced the annual ritual at one of their visits three years ago. The spouse wasn't even home this year. And they don't bring Ganesha home on Ganesh Chaturthi themselves. And once you bring Him home, you bring Him home every year. You don't ever stop. So why me, I wondered. That, and all the other stress, saw me simmering most of this morning.

I made something of an effort and Munchkin, Mum and I went to the local market to bring home the idol, fruit, flowers, and sweets to celebrate the festival. Munchkin - at whose insistence my in-laws had begun the festival in our home - came home from the market and promptly flopped down on the couch declaring he was exhausted. Hmph! I simmered some more. But I made an effort and once everything - well, everything I could think of - was in place, and I began the aarti - or whatever I knew of it - I couldn't find the tape, nor the hymn book!! Blasphemy, what? But Ganesha's never held that against His devotees, a voice inside me said.

I picked up the puja thaali and started, and all of a sudden, it all came flooding out. In my head, I was apologizing for having been a complete ass! I was telling him about all that I was going through. I was ashamed for having hurt the ones I love most because I simply can't cope with all that is going on. I confronted the thoughts and truths that I would never have admitted to anyone, had never admitted even to myself. The layers of ego, of individualism, of identity, rapidly peeled away, washed away by the tears that were now flowing down my face. I submitted. I told Him I knew I had been a fool to have thought I had the answers, that 'trying to do the right thing' made everything right, that I had all the strength needed to cope with the drama in my life, that I could take anything that came my way. And He heard me.

I was able to go down to Mum's house with some semblance of peace in my heart, able to make her slightly happy because I wasn't looking tired and depressed or angry or stressed. Munchkin had asked me why I'd begun crying and I'd honestly told him I couldn't explain.

In the evening, when we did the aarti again, I spoke to Him some more. I told Him I was sorry for being such a sour puss in the morning. I told Him I didn't want Him to leave, that I wished I could hold Him back for another day or more... And he responded by filling my heart with joy! I was sad that He was leaving, but just looking at Him and talking to Him filled my heart with joy... and peace! Oh what a wonderful, blissful state it was. And at that moment, I understood why millions of people dance and sing and celebrate His arrival in our midst every year. And why they tell Him - yes, tell him, not request Him - to come back again earlier next year. He doesn't always do that - perhaps He really wants us to wait for him.

As I bid Him adieu - for now - I asked for the sense to know what I can and cannot do and to be blessed with softer Heart so that I could welcome Him home with greater joy. I know He will not disappoint me. Ganapati Bappa Morya!

Posted by A Lost Writer at 9:04 PM No comments: 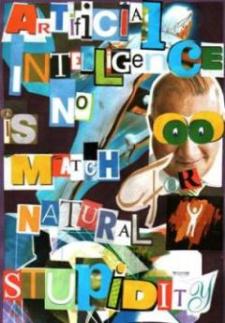 Inspired by my son's artistic inclinations

A Lost Writer
I am wickedly witty at the most inappropriate of times. And I've learned to love that. I'm also trying to start writing again. For now, my world revolves around my six-year-old son. I have another blog on him, but this one's about my life (him included!) Incidentally, the image behind the blog title was doodled by my mom in a bid to entertain my little brat.